< Back the the report and interactive maps 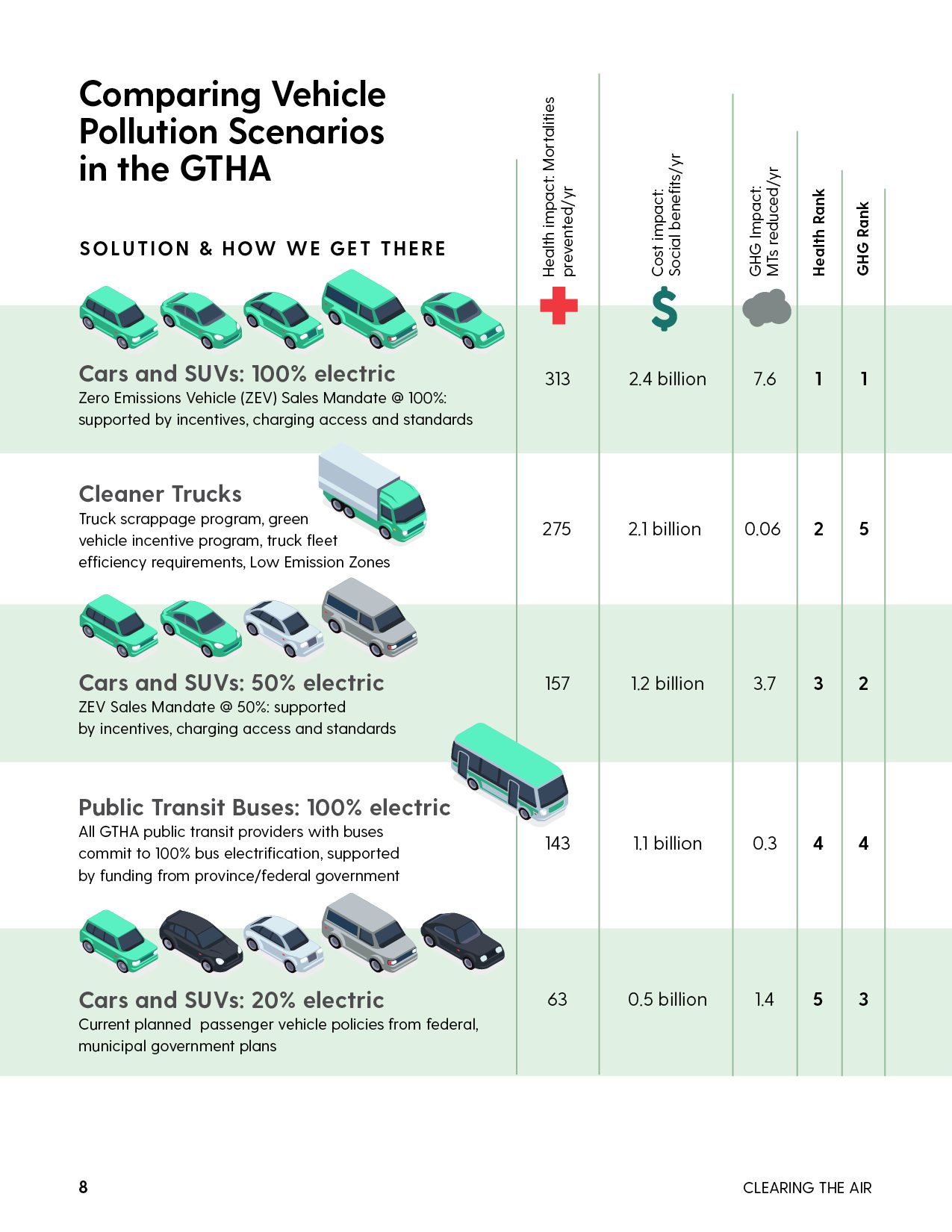 Here are some of the policies that governments (local, provincial and federal) can adopt to improve health by reducing air pollution and greenhouse gas emissions from transportation in the GTHA:

Zero-emission vehicle (ZEV) sales mandates for cars and SUVs: A ZEV sales mandate requires that automakers ensure a rising percentage of their car sales are electric by specific dates (British Columbia and Quebec currently have them). This places the onus on automakers to ensure that ZEVs are widely available to consumers, and that these vehicles are well advertised.

Zero-emission vehicle (ZEV) purchase incentives: Offering temporary incentives will help make ZEVs more affordable until they drop to a similar up-front price as gas-powered vehicles. Our modelling found that the social benefits add up to about $10,000 annually per ZEV, meaning government spending up to this amount will be offset by social benefits shared by all GTHA residents, not just EV buyers. This valuation does not include health care costs, so the true benefits are likely much higher.

Investments in EV charging infrastructure: Ensuring drivers have access to charging stations when and where they are needed is key to accommodating electric vehicle growth and addressing "range anxiety," or the worry that drivers will be stranded without power - a common barrier to buying EVs.

Stronger fuel efficiency regulations for cars: Governments can require that automakers achieve progressively more stringent annual fleet average greenhouse gas emission standards. This encourages them to produce and sell more ZEVs to improve average fleet emissions. Canada has standards which are currently tied to the U.S., and would need to take action to separate them as the U.S. is rolling out plans to weaken theirs.

Low Emission Zones: In high-pollution areas with dense populations, cities or regions could restrict the most polluting vehicles from entering certain areas. More than 250 cities in the European Union have already adopted such measures, with strong results.